“She is professional, efficient, caring, easy to talk to, and highly educated in her field.” – Amy 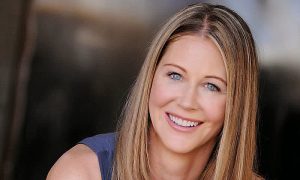 Alix Mayer is a self-taught health consultant and medical researcher. She is not a doctor, nor does she give medical advice, but she does educate clients on their condition and the vast array of treatments and practitioners, and helps clients, with the advice of their doctor, make treatment decisions.

Alix is a graduate of Duke University. After earning an MBA at Northwestern, she worked in research and strategy at Apple Inc, until she suffered what she now calls the “one-two punch.”

In the early 1990s, she got the first punch: she had a bull’s eye rash under her hiking sock, following by the classic summer flu-like symtoms of Lyme disease. She and her doctors didn’t know she’d contracted Lyme disease, so it went untreated. Five years after that tick bite, she received the second punch, 6 travel vaccines. The vaccines recommended by her doctor for a trip to Southeast Asia were Hepatitis A, Hepatitis B, diphtheria, tetanus, polio, and oral typhoid. It was at the start of that trip, just a couple weeks after her vaccines, that she collapsed and started having a headache that she still suffers to this day, more than 20 years later.

Following those travel vaccines was a six month descent into health hell. The headache became a 24/7 migraine, she felt flu-like all the time, her joints hurt, and she had digestive issues. She couldn’t even lift her arms long enough to wash her hair in the shower, but she continued going to work at Apple with all the physical symptoms. It wasn’t until early 1997, when she lost the ability to read and remember, that she had to take a medical leave of absence. Without her cognitive abilities, she couldn’t do any job at all.

Diagnosed with encephalitis, encephalopathy, Chronic Fatigue Syndrome, insomnia, arthritis, and “irritable bowel,” Alix was both physically and cognitively disabled. Alix spent the next three years 80% housebound with no diagnosis. Reactions from friends and family were judgmental due to a lack of a “real” diagnosis, and most of the time, their comments were more painful than the physical illness.

In 1999, the gluten-free diet made some of her worst symptoms vanish, and she was able to go back to work part-time in high tech until the stress of the job caused her symptoms to catch up with her again.

In the mid-2000s, she started Med Nauseam blog to chronicle her health and medical research, and ended up writing 550 articles many of which were featured in other media. Her blog cracked the top 100 health blogs at Wellsphere in 2009, and was voted the #1 General Medicine Blog at Wellsphere in 2010. She also placed first in a Natural Health Transformation video contest at Natural News in 2011.

After giving birth to twins, she became a popular writer at Silicon Valley Moms Blog, which enjoyed more than a million hits per month. She wrote 150 articles, exploring the humor and frustrations of parenting in Silicon Valley. Her articles were frequently featured and picked up in outside media. A few years ago, Silicon Valley Moms Blog was purchased by Technorati, and unfortunately, all the content was quietly removed.

Eighteen years after the tick bite, Alix was finally diagnosed with Lyme disease, exacerbated by vaccine injury. Although the Lyme diagnosis was the first avenue to treatments that could help eradicate Lyme, she believes 80% of her health issues were initiated by the vaccines, and that 20% was due to untreated Lyme disease.

In 2009, Alix and Kim Kooyers, co-founded SpiroChicks, a collaborative blog with other Lyme patients, to explore the horror and humor of Lyme disease.

Her chapter on Lyme and Earthing can be found in the second edition of Earthing: The Most Important Health Discovery Ever!She heavily researched and wrote a draft of a chapter for an academic book about Lyme disease, which is not yet published. The research was invaluable for understanding the science of Lyme disease genetics, testing, diagnostics, and treatment. She summarized a small portion of the research on SpiroChicks, including these articles, Lyme disease: Epidemic. Disabling. Expensive, CDC Survey Results Suggest 1.5 Million May Have Chronic Lyme, and Lyme disease May Cost $90 Billion per Year.

Alix has pursued countless treatments ranging from antibiotics to herbal to oxygen healing therapies, and more. She’s been her own guinea pig and knows the ins and outs of most treatments used in Lyme disease, autoimmune disease, vaccine injury, digestive disorders, pain syndromes, and more.

Alix is featured in the popular Patient Talk series on Lyme disease.

Twenty-five years after the tick bite, Alix enjoys a managed recovery of about 75%. She contends that there is a lot you can do with three-quarters of your health, and loves using her healthy hours to help others seeking wellness. In her tenth year of working with clients facing challenging illness, she gets great joy from seeing clients cease suffering from long-held symptoms, and from seeing clients move closer to recovery.

Alix is still pursuing treatment to regain that last 25%, so she is constantly researching on behalf of her clients and herself.